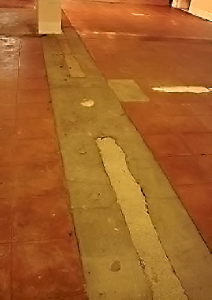 Built in 1915 and originally named the San Francisco Civic Auditorium, it hosted the 1920 Democratic National Convention, and the San Francisco Warriors NBA team form 1964-1967. The auditorium was renamed in 1992 for the rock concert promoter Bill Graham.

The building was identified as a seismic risk and was included as part of the voter approved 1990 Earthquake Safety Program Phase 2 (ESP2) to be seismically upgraded.

To allow for occupancy by the San Francisco Opera during the seismic upgrade of the Opera House, the Bill Graham Civic Auditorium became the first major project of the ESP2 program. A pre-design study of the steel framed building with unreinforced masonry infill panels resulted in the selection of a fixed-base concrete shear wall scheme to seismically upgrade the structure. Architectural, mechanical, electrical, plumbing and hazardous materials abatement work was required throughout the building to allow for the structural work. Concurrent with the seismic upgrade, upgrades to comply with the Americans with Disabilities Act (ADA) were funded by the Convention Facilities Department. After twenty months of reconstruction, the Civic Auditorium reopened as a seismically safe landmark with wheelchair access to all seating categories, upgraded banquet halls, meeting rooms, and restroom facilities.

Before the restoration crew started, the carpet was pulled back to view the current condition of the substrate. It was found to be quite old and dingy due to the adhesive/glue used to secure the worn, deteriorated, and dirty carpet to the 4” concrete slab. After further inspection it was discovered that the glue contained asbestos which needed to be removed before any work commenced. A water jetting process was employed to remove the asbestos. The result of this process left the concrete with a textured finish. The resulting texture exposed how bad the condition of the concrete actually was.

The restoration crew often thought, “What did we get ourselves into?” However, they buckled down and tackled the project head on. Nearly every time more carpet was peeled back, the crew began a new concrete repair adventure. They had 20,000 square feet to address ahead of them. Luckily for the owner, the crew had great previous experience dealing with many varying types of concrete. This project allowed the crew to be true artisans in their approach to restoring the crumbling, damaged landmark.

Upon further examination of the existing 90+ year old cementitious substrate, there were approximately 20 different types of concrete and cementitious repair materials, many involving patches that had been previously used in attempts to restore the structure. 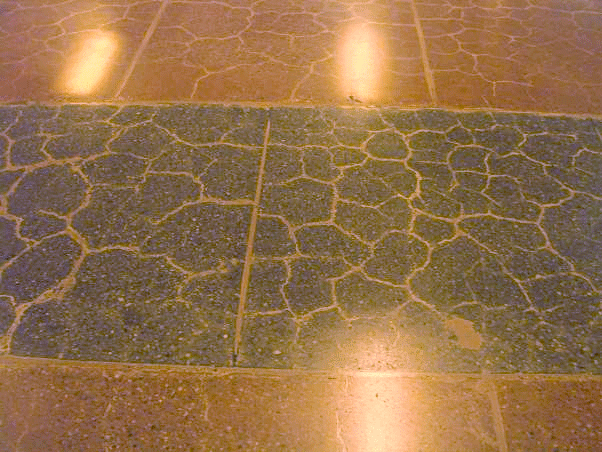 A solution was required that could handle the strange “repairs” that already existed, plus the need for new repairs to help restore the integrity of the original concrete. An extensive and laborious 7 (seven) step process was recommended incorporating the use of a VersaFlex Quick Mender® concrete repair polymer followed by polishing.

The existing concrete had a “shattered” look to it. A possible reason for this was its geographic location as well as being on the 2nd floor of a building on the west coast. It was even debated whether or not the floor could be salvaged due to the earthquake and seismic activity that may have occurred. However, once the complete finishing process was over, the “shattered” appearance provided a decorative look that definitely added some appeal. Given the variations of concrete showing its age, as well as the miscellaneous repairs that had been done over the years, it was possible to see the history of all the concrete had been through while keeping its overall character. Certain areas had to have 1-3” depth repairs made with a rapid-set bag materials.

Due to the complex nature of the repairs, the crew needed to use a repair system that was fast setting and able to achieve exceptional physical properties quickly so other steps could be done in quick succession. In addition to the need for a repair polymer with a very short pot life, they needed it to be able to incorporate color. It also needed properties which would offer the capability to mechanically grind and polish to provide a sheen and glow. 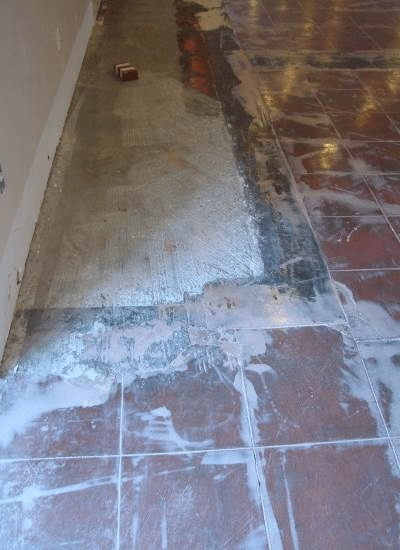 The main concrete repair material that was used was the VersaFlex’s Quick Mender® that is a specially formulated polymer rapid repair product. In its basic low viscosity formulation, the product may be used in a variety of unique applications to repair concrete substrates. It is ideal for application in repairing spalls and cracks in traffic areas, restoring integrity to dusted concrete, grout coating, filling bugholes on horizontal concrete and polishing concrete floors. The material has the capability of penetrating the concrete surface for a permanent bond. It can cure in 30 minutes so multiple applications can be made or additional tasks can follow much sooner than with other slower setting materials. Additional advantages of the product are that minimal surface preparation is required, plus it can have dry aggregate (quartz, cabosil) mixed with it for making different types of repairs.

Utilizing Quick Mender®, a series of steps were completed to restore the original concrete (after prep).

To match the color of any given section, liquid pigment or dye was incorporated with the Quick Mender® mix to achieve the varying appearance and effects. Mock-up samples were applied to gauge the overall desired look before proceeding. 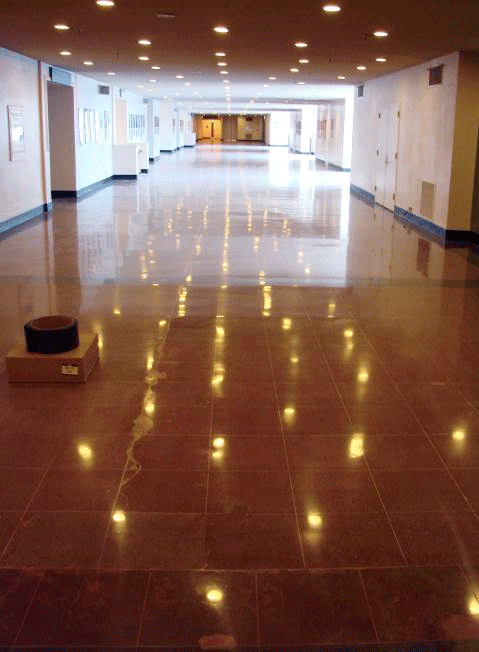 Once the repairs materials were installed and cured, the polishing process began. Polishing concrete is the act of changing a concrete floor surface, with or without aggregate exposure to achieve a certain level of gloss. Typically, there is a series of steps to undertake involving a sequence of grits of bonded abrasives.

The floor today is maintained with an auto scrubber. Once the job was completed, there was a strong focus placed on the maintenance needed going forward. Having a polished concrete floor also increased the surface density and abrasion resistance making it easier to clean than other flooring options. The end result is a wet, high gloss look. In all, the job took 3 to 4 weeks and was completed in 2012.